Chip & Dan Heath (GLS 2009) just released an insightful new book entitled The Power of Moments: Why Certain Moments Have Extraordinary Impact. Below is a sneak peek from the first chapter.

Chris Barbic and Donald Kamentz were sitting at a pub in Houston, recuperating from another 14-hour day running their start-up charter school, YES Prep. They had no idea, on that night in October 2000, that they were moments away from an epiphany that would affect thousands of lives.

Watching the exuberant coverage, something struck Kamentz. “It blows my mind that we celebrate athletics this way, but we don’t have anything that celebrates academics in the same say,” he said. And the students at their school—primarily kids from low-income Hispanic families—deserved to be celebrated. Many of them would be the first in their families to graduate from college.

In the pub that night, as they watched the Signing Day news, they had a sudden inspiration: What if we created our own “Signing Day,” when our students would announce where they will attend college?

Their excitement grew as they shaped the idea: They would call it Senior Signing Day, and for that one day, graduating seniors would be treated with the same hype and adulation as college athletes.

About six months later, on April 30, 2001, they held the first Senior Signing Day. Roughly 450 people crammed into a community center next door to their campus: 17 graduating seniors and their families, along with every other student in the YES Prep system—from sixth graders to juniors.

Each of the seniors took the stage, announcing where he or she would be attending college in the fall: “My name is Eddie Zapata, and in the fall, I will be attending Vanderbilt University!” They would unveil a t-shirt or pennant with their chosen school’s insignia. Many of the students kept their final school decision a secret from friends, which created suspense in the air. After each announcement, the room erupted with applause.

Later, the students would sit at a table, with their families crowded around them, and sign letters of matriculation, confirming their enrollment in the fall. Barbic was struck by the emotion of the “signing” moment: “It hits home—the sacrifices that everybody had to make for their kids to be there. No one did it alone. There were lots of people involved.” By the end of the ceremony, there were few dry eyes in the room.

We all have defining moments in our lives—meaningful experiences that stand out in our memory. Many of them owe a great deal to chance: a lucky encounter with someone who becomes the love of your life. A new teacher who spots a talent you never knew you had.

But is that true? Must our defining moments just happen to us?

Defining moments shape our lives, but we don’t have to wait for them to happen. We can be the author of them. What if a teacher could design a lesson that students were still reflecting on years later? What if a manager knew exactly how to turn an employee’s moment of failure into a moment of growth? What if you had a better sense of how to create lasting memories for your kids?

The point here is simple: Some moments are vastly more meaningful than others. For students at YES Prep, Senior Signing Day is a single morning that rises above a seven-year journey.

What are these moments made of, and how do we create more of them?

In our research, we have found that defining moments are created from one or more of the following four elements:

1) ELEVATION: Defining moments rise above the everyday. They provoke not just transient happiness, like laughing at a friend’s joke, but memorable delight.

2) INSIGHT: Defining moments rewire our understanding of ourselves or the world. In a few seconds, we realize something that might influence our lives for decades.

3) PRIDE: Defining moments capture us at our best. Moments of achievement, moments of courage.

Moments matter. And what an opportunity we miss when we leave them to chance! Teachers can inspire, caregivers can comfort, service workers can delight, politicians can unite and managers can motivate.

All it takes is a bit of insight and forethought.

Chip Heath is a professor at Stanford Graduate School of Business, teaching courses on strategy and organizations. He has helped over 450 startups hone their business strategy and messages. He lives in Los Gatos, California. With his brother Dan, he is the co-author of Switch, Made to Stick and Decisive. Their most recent book is entitled The Power of Moments: Why Certain Moments Have Extraordinary Impact. 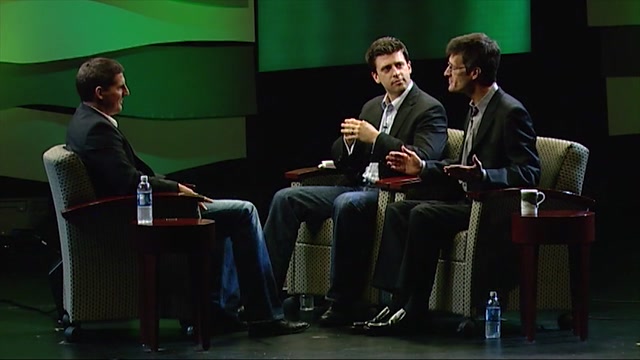