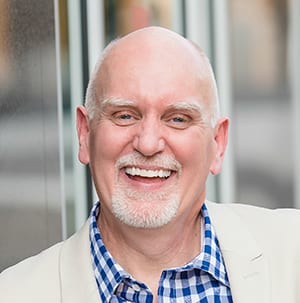 Most managers who connect with us want to create cultures where their teams achieve high-performance, but few grasp that for a culture to really take off, teammates must encourage each other on a daily basis.

Colleagues must be empowered to support one another even when situations aren’t ideal—such as when a boss is too busy, when there is outright dysfunction above or when there are overwhelming deadlines—so that the entire organization doesn’t topple like dominoes.

If we had to identify one secret sauce in building a great culture, it is in rooting for each other: Having each other’s backs, appreciating strengths and recognizing what we value the most about each other—for every worker in the field, behind every desk, answering every phone call, working with every client. In just about every employee engagement survey we’ve conducted over the past 20 years, “lack of recognition” is one of the top issues employees complain about.

If we had to identify one secret sauce in building a great culture, it is in rooting for each other.

Our research shows strong evidence that employees respond best when they are recognized for things they are good at and for those actions where they’ve had to stretch. It is this latter practice that makes people want to grow and develop. Many companies use “top-down” praise, and we applaud that, but manager-to-employee and peer-to-peer recognition fulfill separate human needs.

So how much recognition versus criticism is enough in a high-performance culture? Gallup’s workplace research suggests praise should outweigh criticism by a 5-to-1 margin.

People want to know that their bosses see their effort and truly value it. This ties to feelings of job security and well-being. Employees also need the affirmation that their coworkers see them as trustworthy, dependable and creative. This reinforces that you have friends at work, acceptance and that others have your back.

This is an ecosystem of psychological safety that mitigates natural infighting and jealousies. Imagine a workplace like this. The work is demanding, but it’s paced in a way that is sustainable. Along the way, you are encouraged not only by your boss but your coworkers. If you make a mistake, you get immediate feedback for improvement and a sincere pat on the back for taking a risk. There are celebrated milestones everywhere that keep you glued to your job. You want to stay and make a difference with people you like and who like you.

However, some managers have mistakenly believed that they should maintain a balanced approach—one compliment to each criticism.

Here’s an example (based on lots of examples we’ve heard): A manager wants to recognize Erin’s hard work on an important customer order the night before. At the next morning huddle, he says, “I want to say thanks to Erin for staying late to get that order out last night. That shows ownership, one of our core values around here, and it was a real win for our customer who needed those supplies.” Sounds great, right? Specific—tied to a core value, and timely—he doesn’t delay.

But the manager continues, “Now, just a thought while we are all gathered. If Erin would have followed the procedure we’ve outlined in the shipping handbook it wouldn’t have taken so long. I think you all got the memo on that, didn’t you? I think it’s important to go over that again….”

Public recognition is about reinforcing the positive.

It’s not that the manager is a bad guy, it’s just that he’s busy and wants to point out improvement ideas. Wrong place, wrong time. What do you think Erin will remember from this interaction? Chances are, nothing but the negative. Yes, Erin and the team need to be taught correct procedure, but not now.

Public recognition is about reinforcing the positive: She wowed a client, took ownership, and acted like a real team player. Later, when Erin begins working on the next order, the manager can kindly steer her in the right direction.

Chester Elton is a best-selling business author, expert on organizational culture and employee engagement, and leadership expert. Chester is one of today’s most influential voices in workplace trends. He has spent two decades helping organizations across the globe engage their employees to execute on strategy, vision and values. Chester provides real solutions to leaders looking to manage change, drive innovation and lead a multi-generational workforce. Elton’s work is supported by research with more than 850,000 working adults, revealing the proven secrets behind high-performance cultures and teams.