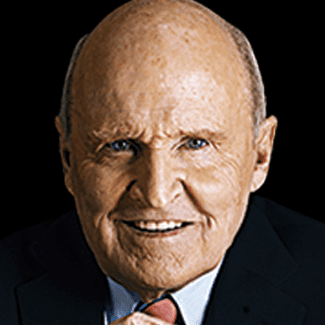 The Most Mind-Numbing Ritual in Business

“Delivering the budget” has got to be one of the most universally entrenched, uniquely counterproductive exercises in organizations across the world.

Some form of financial planning is, of course, necessary; companies have to keep track of the numbers. But the budgeting process, as it currently stands at most companies, does exactly what you’d never want.

Why? Because most budgeting disconnects from reality. It’s a process that draws its authority from the mere fact that it’s institutionalized, as in “Well, that’s just the way it is done.”

Budgeting doesn’t have to be that way. But before we suggest a better approach, think about what’s wrong with the usual process.

It begins in the early fall when people in the field start the long slog of constructing the next year’s highly detailed financial plans to make their case to the company brass.

The goal of the people in the field is unstated, but laser-like—to come up with targets that they absolutely, positively think they can hit. After all, that’s how they’re rewarded. So they construct plans with layer upon layer of conservative thinking.

Meanwhile back at headquarters, executives are also preparing for the budget review, but with exactly the opposite agenda. They’re rewarded for big increases in sales and earnings, so they want targets that push the limits.

You know what happens next.

The two sides meet in a windowless room for a day-long wrestling match. The field makes the case that competition is brutal and the economy is tough, therefore earnings can increase, say, just 6 percent. The headquarters people look surprised and perhaps a bit irate; their view of the world calls for the team to deliver 14 percent.

Fast-forward to late in the day.

Despite the requisite groaning and grumbling, the budget number will be square in the middle—10 percent—and the meeting will end with smiles and handshakes. Only later, when both sides are alone, will they crow among themselves about how they managed to get the other side to exactly the targets they wanted.

What’s wrong with this picture?

First, what you see is an orchestrated compromise. More important is what you don’t see: a rich, expansive conversation about growth opportunities, especially high-risk ones.

That conversation is usually missing because of the wrong-headed reward system mentioned above. People in the field are paid to hit their targets. They get a stick in the eye (or worse) for missing them. So why in the world would they ever dream big? They won’t, unless a new reward system is in place.

What if bonuses were based, not on an internally negotiated number, but on real-world measures—how the business performed compared with the previous year and how it compared to the competition?

With those kinds of metrics, watch out.

Suddenly, budgeting can change from a mind-numbing ritual to a wide-ranging, anything-goes dialogue between the field and headquarters about gutsy “what-if” market opportunities. And from those talks will spring growth scenarios that cannot be called budgets at all. They’re operating plans, filled with mutually agreed upon strategies and tactics to expand sales and earnings—not all of them sure bets.

Of course, operating plans are not merely wishing and fluff, lacking any financial framework. These budgets should always contain an upside number—the best-case scenario—and a number below which the business is not expected to go.

The main point, though, is that this range will be the result of a dialogue about market realities. And because they’re part of a conversation, operating plans can be flexible, changing during the year with market conditions if need be.

In fact, the only rigid thing about this form of budgeting is the core value it requires of an organization—trust.

Executives have to believe that people in the field are giving their all to achieve those big goals. People in the field must have total confidence that they won’t be punished for not reaching “stretch targets” and also be willing to make a flat-out, good-faith effort to deliver.

With that “contract,” the budget dynamic takes on a whole new life.

So don’t give up on budgeting yet. Maybe it’s just time to start a dialogue about changing the process.

This article was originally published on the Jack Welch website.

Jack Welch is the co-author of the book, The Real-Life MBA — Your No-BS Guide to Winning the Game, Building a Team, and Growing Your Career, with his wife Suzy Welch. The book debuted as a #1 Wall Street Journal and Washington Post best-seller. Jack is executive chairman of the Jack Welch Management Institute.

Managing a Remote Workforce: 7 Things You Need to Know

So Many Leaders Get This Wrong

Getting This Wrong Could Kill Your Career

Leaders, Give Yourself This Mirror Test

Go Ahead, Talk About Politics at Work