When a Few Good Leaders Own the Values

This article is an excerpt from Tony Dungy’s newest book, The Soul of a Team, released Jan. 22 from Tyndale House Publishers. Dungy unpacks principles of successful teamwork through an insightful story, applicable to businesses, teams, and families trying to work well together.

In that time, I have seen some crazy stuff: tantrums, arrests, locker room fights, leaks to reporters about personnel issues, you name it. I’ve also seen a lot of great things; selfless acts of courage and compassion, moments of kindness and humility, and people living with faith and integrity and making a genuine difference in the world.

Though some individuals behave horribly, and others live honorably, they all have something in common: They affect the people around them. The same is true of us. Our actions and attitudes really do impact those we live and work with. No wonder the number one topic I’m asked to a speak about is teamwork.

I’ve spent decades considering what it takes for a team to rise to the top. I’ve learned that talent alone isn’t enough; some teams that appear most promising on paper end up fizzling. Through experience—both successes and failures—I have learned what generally separates high-achieving teams from those that fail to produce.

Given that I’ve spent two-thirds of my life on or around football teams, I decided the most natural approach would be to unpack these principles through a story set in the environment in which I’m most familiar.

However, while the context may be set in professional football, these principles will apply to all teams, whether in our family units, our company or church, or a high school drama club.

I looked over at Joe and raised my eyebrows. “You’ve got a great group here, Coach.” I could tell from his expression that Joe had been genuinely moved by the humility his little handpicked trio had just demonstrated, but the hard-as-nails coach quickly shook it off.

Relationships, community building, and legacy. I smiled to myself and wondered whether Gym, Terry and Joe realized that the players had landed on the same themes they had identified earlier this morning.

After studying the list for a few seconds, Joe turned back to his players. “What do you guys think?”

Once again, Austin spoke first. “Well, I think I can speak for most of the offense, and I can’t think of anyone who would disagree with that.”

“Yeah,” Louis nodded in agreement. “I think the defense would get behind that, too.”

All eyes turned to the rookie. “What do you think, Wesley?” Terry asked. Wesley scanned the board, took a deep breath, smiled and nodded.

“Now that’s the Wesley I’m used to,” Louis laughed, shoving the rookie so hard he almost fell out of his chair.

“So, Coach, what can we do to help?” Austin asked.

Joe turned back to me. I nodded and stepped forward. “Austin and Louis, you guys are two of the leaders of this team. There are others, of course, but we wanted to bounce it off  you first.”

Louis grinned. “Plus, we were still here when you came to the locker room.”

“Yes, but that underscores the point,” Joe said. “Quite often you’re the first to arrive and the last to leave. The other guys look up to you. They listen to you. They watch the way you act, the way you carry yourselves—on the field, in the weight room, in front of the media, in the community, with fans and with each other.”

He nodded to me, and I picked up the thread. “Your job is to model these principles.” I said, pointing back at the board. “Keep them front and center at all times. Help get—and keep—everybody on board. Remind them why they’re here, what they represent, what they are playing for—why they’re playing.

And anyone can influence others—which is all leadership is.

“And you, Wesley, are here because you already model these things: not putting yourself first, doing whatever role is asked with a passion, pulling for others. And anyone can influence others—which is all leadership is.”

“What if certain guys don’t buy into it?” Austin asked.

I’d been waiting for someone to ask that. “Great question.”

“Well, that might work for a little while, Louis. But you guys are right. Unfortunately, not everyone always buys in. What we’re trying to do here is create an environment that models, encourages, and celebrates selfless play and fully owning your role—not just the things you like to do, but all of it. We want to see everyone working together as one unified team—not us versus them, offense versus defense, or one guy against the world. We’re driven by our desire to serve one another, our fans, and everyone who looks up to us. If we can create that kind of environment, most people will climb on board.”

“But,” I continued, “if a guy’s out of line to the point where it’s becoming detrimental to the team or having a negative impact on the overall culture you’re trying to create—” I paused, took a deep breath and looked over at Joe, Gym and Terry, “that’s when you have to think about making a change.”

“I guess if it were easy, everyone would be doing it,” Austin concluded.

The room went quiet for a few seconds as everyone mulled over what had just transpired. Then Joe broke the silence.

Austin and Louis both nodded enthusiastically, but Wesley looked a little unsure of himself. I couldn’t say that I blamed him. It had to feel awkward.

“What do you think, Wesley?” I said in the same tone I often use to nudge my own kids into making a tough decision.

He looked from face to face for a second, expressionless, before a slow smile began to spread across his face. “You know what the good book says,” Coach. “To whom much has been given…”

He was paraphrasing Luke 12:48, one of my favorite Bible verses. The kid knows Scripture.

I smiled and nodded, as I finished the verse, “Much will be required.”

How about that, I thought. I think the Vipers may have just found their SOUL.

Adapted from “The Soul of a Team” by Tony Dungy. Copyright © 2019. Used by permission of Tyndale House Publishers Inc. All rights reserved.

Tony Dungy is the No. 1 New York Times best-selling author of Quiet Strength, Uncommon, The Menthor Leader and The Soul of a Team. He led the Indianapolis Colts to Super Bowl victory on February 4, 2007, the first such win for an African American head coach. Dungy established another NFL first by becoming the first head coach to lead his teams to the playoffs for 10 consecutive years. Dungy joined the Colts in 2002 after serving as the most successful head coach in Tampa Bay Buccaneers history. He has also held multiple assistant coaching positions. Dungy has been involved in a wide variety of charitable organizations, including All Pro-Dad. He retired from coaching in 2009 and now serves as a studio analyst for NBC’s Football Night in America. He and his wife, Lauren, have been married for 36 years and are the parents of 10 children.

4 Traits of a Trustworthy Leader

Episode 045: Tony Dungy: The Secret Behind A Great Team 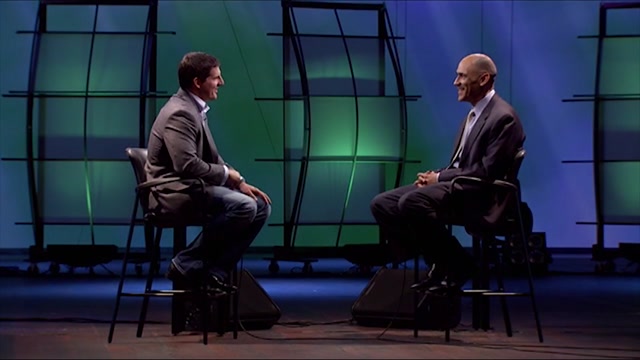 3 Times I Had Self-Doubt and How I Overcame It

How To Handle Criticism 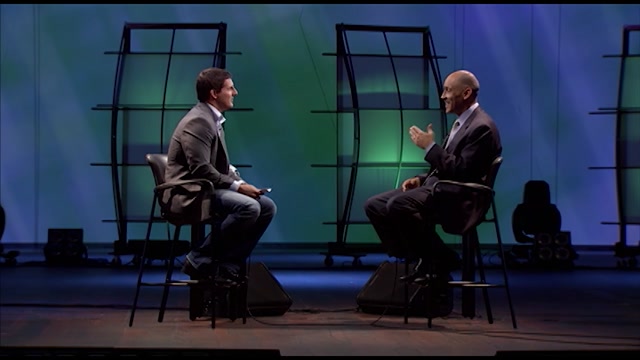