The 15 Diseases Of Leadership, According To Pope Francis

In a message last year, Pope Francis warned about leadership diseases and temptations, which can dangerously weaken the effectiveness of any organization. Gary Hamel (TGLS 2009) translated his words into corporate-speak for this article in the Harvard Business Review. In light of the Pope’s visit to the United States last week, we thought it was worth another look.

Pope Francis has made no secret of his intention to radically reform the administrative structures of the Catholic Church, which he regards as insular, imperious, and bureaucratic. He understands that in a hyper-kinetic world, inward-looking and self-obsessed leaders are a liability.

Last year, just before Christmas, the Pope addressed the leaders of the Roman Curia — the Cardinals and other officials who are charged with running the church’s byzantine network of administrative bodies. The Pope’s message to his colleagues was blunt. Leaders are susceptible to an array of debilitating maladies, including arrogance, intolerance, myopia, and pettiness. When those diseases go untreated, the organization itself is enfeebled. To have a healthy church, we need healthy leaders.

Through the years, I’ve heard dozens of management experts enumerate the qualities of great leaders. Seldom, though, do they speak plainly about the “diseases” of leadership. The Pope is more forthright. He understands that as human beings we have certain proclivities — not all of them noble. Nevertheless, leaders should be held to a high standard, since their scope of influence makes their ailments particularly infectious.

The Catholic Church is a bureaucracy: a hierarchy populated by good-hearted, but less-than-perfect souls. In that sense, it’s not much different than your organization. That’s why the Pope’s counsel is relevant to leaders everywhere.

With that in mind, I spent a couple of hours translating the Pope’s address into something a little closer to corporate-speak. (I don’t know if there’s a prohibition on paraphrasing Papal pronouncements, but since I’m not Catholic, I’m willing to take the risk.)

Herewith, then, the Pope (more or less):

The leadership team is called constantly to improve and to grow in rapport and wisdom, in order to carry out fully its mission. And yet, like any body, like any human body, it is also exposed to diseases, malfunctioning, infirmity. Here I would like to mention some of these “[leadership] diseases.” They are diseases and temptations which can dangerously weaken the effectiveness of any organization.

For the last five diseases the list, you can go to the original article here.

Gary Hamel is one of the world’s most influential and iconoclastic business thinkers, building an impassioned case for reinventing management. He has worked with leading companies across the globe and is a sought-after management speaker. Hamel has been on the faculty of the London Business School for more than 30 years and is the director of the Management Innovation eXchange. Hamel has written numerous articles for the Harvard Business Review and is the most reprinted author in the Review’s history. His landmark books include The Future of Management and What Matters Now. 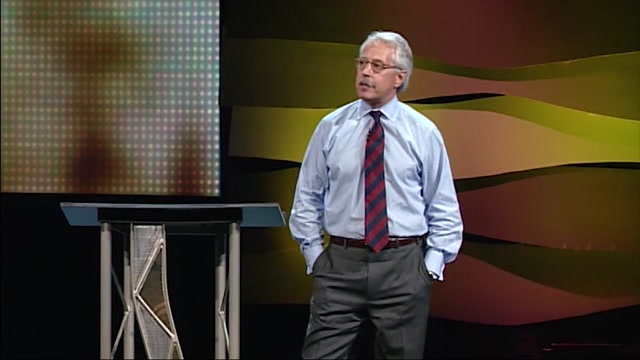