Set aside this valuable time to unlock the focus, drive and energy you need to navigate the year ahead at your best.

You and those around you may be facing difficult challenges—burnout, broken relationships, a divided culture, seemingly endless conflicts, emotionally exhausted teams and an undefined path ahead. Do you resonate? You’re not alone. As a curious, give-back, growth-minded person with a vision for a better future, you know the change you want to see is only possible when you invest in your personal leadership growth.

At The Global Leadership Summit: Special Edition, during this strategic point at the beginning of the new year, set aside valuable time to get refreshed, refocused and reenergized as you navigate the year ahead and lead at your best. Enjoy three rich hours of new leadership ideas and fresh perspectives to help you do just that!

JOIN US LIVE ONLINE: FEBRUARY 24, 2022Get Your Tickets Today

Set aside valuable time on February 24, 2022, from 10:00am-1:30pm CST, and discover how to unlock the focus, drive and energy you need to navigate the year ahead at your best.

*Pricing is $79 per attendee. All ticket prices are per-person, in USD, for registration to attend (this event and only this event) virtually via our interactive online event platform. Guests from other countries please contact your local GLN or GLS office.

Join a growth-minded community of men and women like you for an online-exclusive event featuring five leadership experts with keen insight on Navigating the Future, Change Management, Conflict Resolution, Innovation & Creativity, Purpose & Calling, Behavioral Science and Dealing with Regret.

*Faculty lineup and topics subject to change. Additional faculty and guest artists to be revealed. 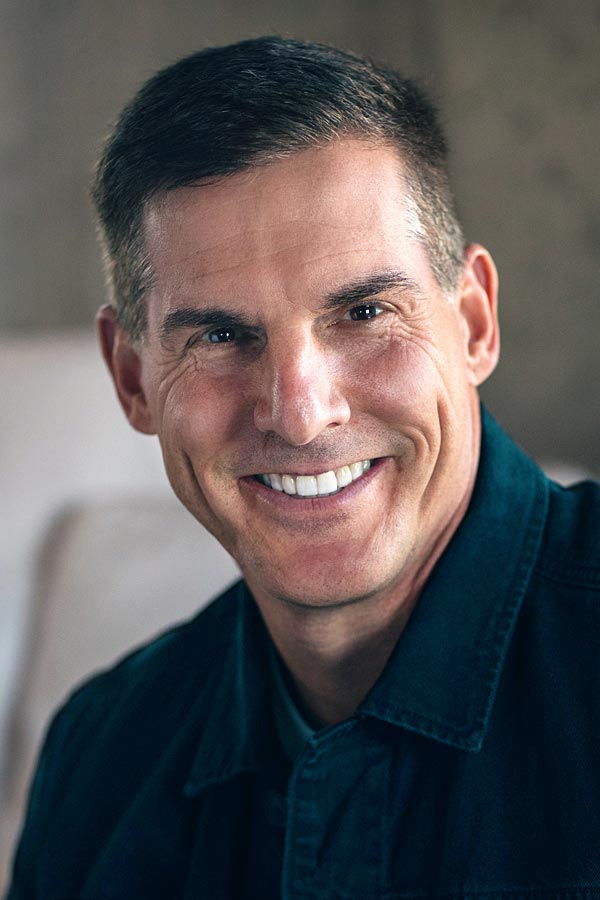 Globally recognized as a leader of leaders, Craig Groeschel is the founder and senior pastor of Life.Church, rated the #1 place to work in 2021 for small and mid-size companies by Glassdoor. Known for their missional approach to leveraging the latest technology, Life.Church is the innovative creator of the YouVersion Bible App—downloaded more than a half a billion times worldwide. In 2020, Life.Church provided free tools to thousands of churches who quickly transitioned to a virtual church experience in the wake of the global health pandemic. Traveling the world on behalf of The Global Leadership Summit, Groeschel advocates for building leaders in every sector of society. He is also the host of the top-ranked Craig Groeschel Leadership Podcast. A New York Times best-selling author, his latest book is  Lead Like It Matters.

Principal Wayman’s career demonstrates how leadership with love can make lasting change, even in the toughest turnaround situations. A passionate education advocate with an unwavering belief in the potential of all children, Principal Wayman is CEO of Principal Wayman Consulting and founder and leader of CurrentlyTrending, a nonprofit that helps students escape poverty by providing them with direct coaching, resources and support to graduate high school and lead a life of purpose. Her highly acclaimed accomplishments as “the turnaround principal” of Strawberry Mansion High School in North Philadelphia drew Diane Sawyer and her team to spend an entire school year documenting Principal Wayman’s efforts, which were featured on both ABC World News Tonight and Nightline. Her 2015 TED Talk has been viewed over two million times and been transcribed in 31 different languages. Highlighting the intersection of strong visionary and strategic thinking with on-the-ground, day-to-day implementation, Linda tells the stories of real students and educators to show how clear principles and strong guidance can turn around your organization and the teams you serve. Principal Wayman’s book, Lead Fearlessly, Love Hard: Finding Your Purpose and Putting it To Work, shares steadfast leadership lessons that can overcome almost anything. 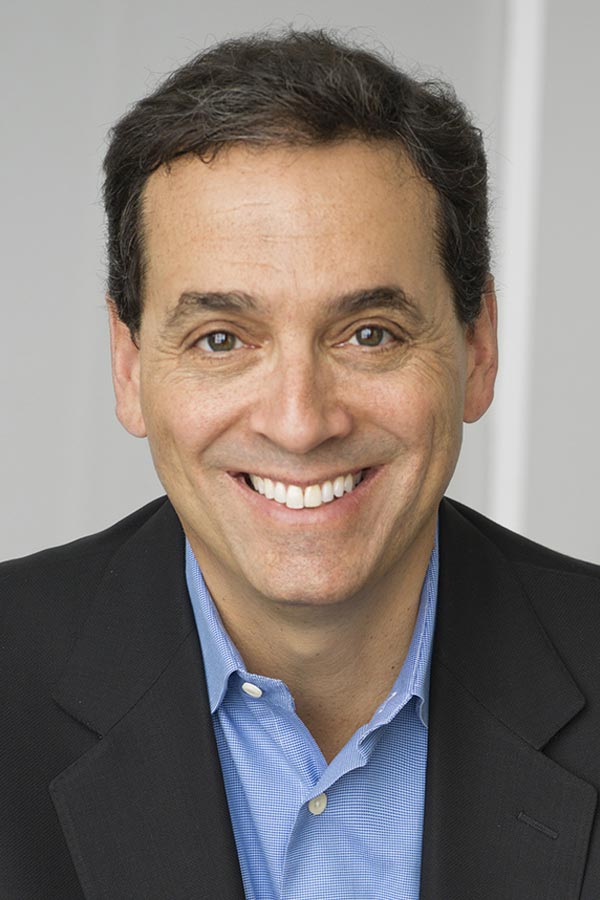 Daniel Pink is one of the best-selling nonfiction authors of the last decade. His books on work, business and behavior have won multiple awards, been translated into 41 languages and have sold more than 3 million copies worldwide. Pink was host and co-executive producer of Crowd Control, a National Geographic Television series on behavioral science. He also appears frequently on NPR, PBS, and other TV and radio networks in the U.S. and abroad. He has been a contributing editor at Fast Company and Wired as well as a business columnist for The Sunday Telegraph. His articles and essays have also appeared in The New York Times, Harvard Business Review, The New Republic and other publications. For the last six years, London-based Thinkers50 has named him one of the top 15 business thinkers in the world. He received a Bachelor of Arts degree from Northwestern University, where he was a Truman Scholar and was elected to Phi Beta Kappa, and a Juris Doctor degree from Yale Law School. He has also received honorary degrees from several colleges and universities, including Georgetown University and the Pratt Institute. Pink is the best-selling author of 7 books including, When: The Scientific Secrets of Perfect Timing named Amazon’s Best Business Book of 2018 and his latest book, The Power of Regret: How Looking Backward Moves Us Forward, which releases in February 2022. 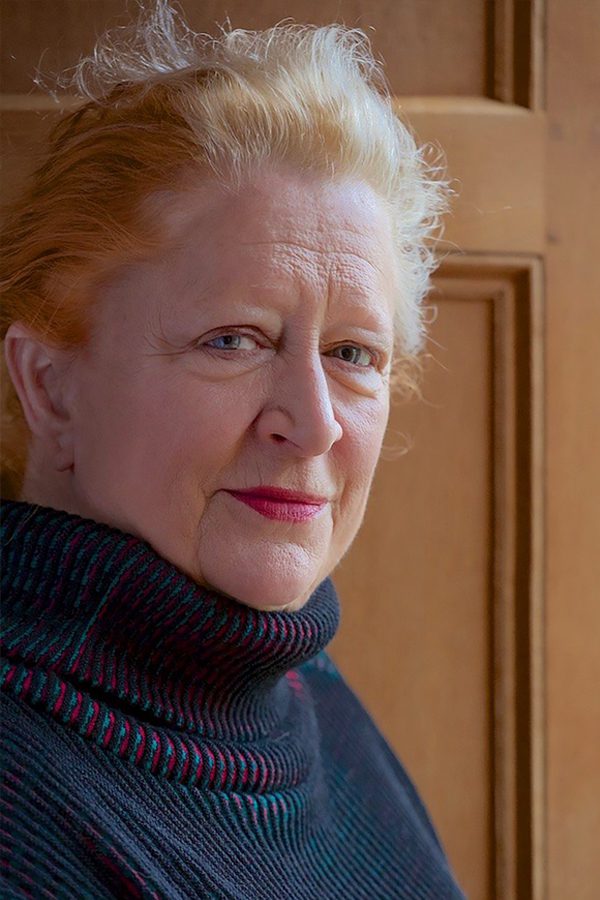 Born in Texas, raised in Holland and educated at Cambridge University, Margaret Heffernan has led a rich and diverse career as a director, writer and producer for the BBC and A&E, as well as a music video producer for the London Chamber Orchestra. Under her leadership at the trade association IPPA, which represented the interests of independent film and television producers, it was once described by the Financial Times as “the most formidable lobbying organization in England.” Returning to the states, Heffernan developed interactive multimedia products with Peter Lynch, Tom Peters, Standard & Poors and The Learning Company. She then joined CMGI where she ran, bought and sold leading Internet businesses, serving as chief executive officer for InfoMation, ZineZone and iCAST. She was named one of the Internet’s “Top 100” by Silicon Alley Reporter, one of the “Top 25” by Streaming Media magazine and one of the “Top 100 Media Executives” by The Hollywood Reporter. Margaret teaches at the School of Management at the University of Bath and has been invited to speak at business schools around the world, including Harvard Business School, the Rotman School, London Business School and the Lee Kuan Yew School of Public Policy. She has published six books including her most recent, timely and enlightening release, Uncharted: How to Navigate the Future, which has been named Financial Times “Best Book of the Year.” 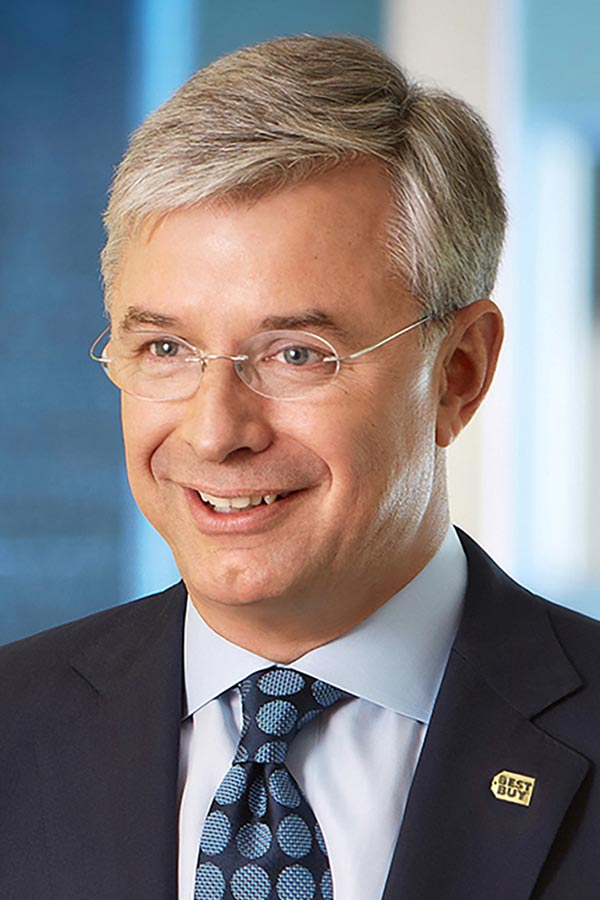 During Hubert’s time at Best Buy, he and his team rebuilt the company into one of the nation’s favorite employers, a sustainable leader, and an innovator, dramatically increasing customer satisfaction and growing the company’s stock price 10-fold. His greatest achievement, however, may have been to make himself dispensable: he decided to step down as CEO in 2019 and as executive chairman in 2020, and pass the baton to a new generation of leaders. Hubert’s purpose in life is to make a positive difference on people around him and use the platform he has to make a positive difference in the world. Besides serving on the boards of Johnson & Johnson and Ralph Lauren, he now spends most of his time as a lecturer at Harvard Business School and supporting other leaders seeking to become the best versions of themselves and to lead with purpose and humanity. He is also actively invested in efforts to advance meaningful diversity and inclusion. Hubert has been recognized as one of the one hundred “Best-Performing CEOs in the World” by Harvard Business Review, one of the top thirty CEOs in the world by Barron’s, and one of the top ten CEOs in the U.S. in Glassdoor’s annual Employees’ Choice Awards. His latest book is the Wall Street Journal best-seller, The Heart of Business, which has been called one of the defining business books of this decade.”

What Past Attendees Are Saying

“Content presented at GLS events is the single most important recurring resource for my on-going leadership development. As a leadership coach, it is essential I am growing as I am leading others to grow. This is my most TRUSTED source.” – Mike Mitchell

“I was encouraged and set on fire by each of the speakers. I have a desired to lead even more with compassion and dedication. This has forever changed the way that I will continue to lead. Thank you!!” – La-Kita Gilmore

“Our team attended this event because I had several individuals approach me when they saw it come across their email. I was going to just hit delete and ignore the invitation, but when several asked me about attending, I posed it to the group and everyone said yes. As their leader, I felt compelled to sign us all up and invest the time and money to feed into our leaders. Many of our folks said they needed the boost, and afterwards I realized I needed a boost also and just wasn’t aware. Thank you for offering it.” – Leanne Noren

“This was great. I love that it was a power-packed afternoon for us. I actually prefer this to the whole two-day event. This was enough to work on and was a good variety.” – Megan Lester

“I have more confidence and a new definition of what it means to be a leader. This is improving my walk as a Christian, how I interact with others at work and my relationships. I think y’all are great and wish I had attended a Summit sooner!” – Allison Myrick

“I was moved by the entire event. Each session was packed with leadership tools that I can implement immediately. I am so grateful for the video-on-demand feature because I need to watch it over and over again to create a strategic plan of attack, and move forward.” – Johnette Henderson

“It has motivated me to be a better leader and person. I am fueled by being around those and receiving ideas from leaders who inspire me to live and work better.” – Jeff Jorgenson

“We were looking at ways to evaluate our team strengths. This could have not been more appropriate and on point for exactly where we are and gave us some great next steps.” – Bret Taylor

“Our team really walked away with a lot of great ideas. We’ve already begun to talk about and implement them into our personal and professional lives! Thanks so much!” – Janson Roberts