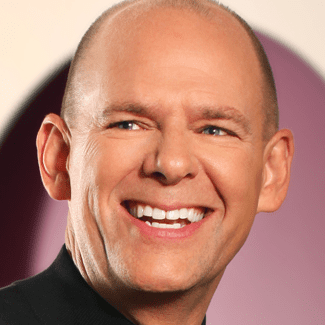 Because of the GLSCentral AmericaLatin America

The scene was familiar; the faces of the attendees reflected both their anticipation and excitement for what was about to happen. Although I’ve seen this same scenario repeated in dozens of countries, it never gets old. Women and men investing their time, energy and resources to grow as leaders is always inspiring.

A hunch that God can use virtual messengers

This time, the crowds were gathering in in Guatemala City, one of 10 sites for the Global Leadership Summit (GLS) in Guatemala in the 2017 Summit season. After attending more than 20 GLS events in the United States, to see the Summit executed with the same level of intentionality and attention to detail in this setting was a real treat.

Having been in some of the early meetings back at South Barrington, Illinois when simulcast events were merely an experiment, I think the team understood even then God could use virtual messengers just as much as live, in-the-flesh communicators.

Their hunch was correct!

The GLS is the same life-giving experience around the world, yet different.

Today, hundreds of thousands of leaders around the planet can experience this annual infusion of leadership principles and practices in their own language, hosted by their own people. In the US, I’m fearful we may take the GLS for granted; for much of the world, the Summit is a gift. My experience in Guatemala was a gift to me!

The team on the ground was amazing! Scores of volunteers had been trained and coached to execute the event with precision. At the debrief session after Day 1, everyone was energized, thankful, and intent on making Day 2 even stronger. The team leaders were encouraging and exacting. The team hosted thousands of attendees with grace and high levels of hospitality.

Their attention to the needs of the attendees was as high as I’ve seen at any event anywhere. During one session, I was struggling to connect my translation device. I was just playing with the knobs, changing channels looking for a better signal when one of the volunteers approached me to see if he could help. Keep in mind, this was during a session, and I was not seated in a VIP section; I was just an attendee with an issue. The staff was on it; they replaced my receiver issue resolved.

For years, I’ve heard the team at Willow say, Excellence honors God and inspires people. This value was on full display in Guatemala.

The GLS is not a single event merely repeated hundreds of times, rather it’s the tip of the spear that can literally change the world. “When a leader grows, everyone wins.”