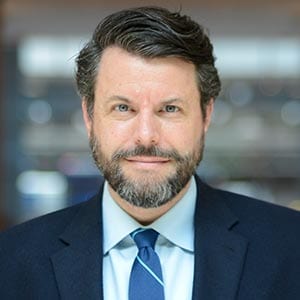 On May 20, our audience gathered at the GLSnext Event Series featuring Charles Duhigg and his practical talk on The Power of Habit. Dive deeper and reflect on what you learned with these helpful session notes!

Study of the neurological activity of rats:

Takeaways from the rat study:

In the grip of habit, our brain thinks less, with some exceptions…

How do you design habits? Which habits help us succeed?

There are three habits that are critically important to success.

1. The habit of creating culture

2. The habit of creating innovation

3. The habit of creating teams

If you enjoyed Charles Duhigg’s session, there’s a lot more where that came from! Join us again on August 5-6 for the premier leadership event of the year—The Global Leadership Summit. Learn from 15+ world-class faculty for an experience that might very well change your life.

Get your tickets today at GlobalLeadership.org/Summit.

Duhigg is a Pulitzer Prize-winning investigative reporter. A former writer for The New York Times, he has authored or contributed to multiple series, including “The Reckoning” (2008), which studied the causes and outcomes of the financial crisis, and “The iEconomy”, which examined the global economy through the lens of Apple, and which won the 2013 Pulitzer Prize in explanatory journalism. He has won many awards including the George Polk Award (2007), the Gerald Loeb Award (2008), and the National Journalism Award (2009), he was also a Business News Visionary Award recipient (2020-2021). Currently, Duhigg writes for The New Yorker and hosts the "How To!" podcast for Slate Magazine. In addition to his reporting, Charles Duhigg is a regular contributor to television and radio, including the Newshour with Jim Lehrer, Frontline, Dr. Oz and various programs on CNBC and NPR. Duhigg is the best-selling author of  The Power of Habit: Why We Do What We Do in Life and Business, which explores the science of habit formation in our lives, companies and societies. His newest book Smarter Faster Better: The Secrets of Being Productive in Life and Business is a fascinating exploration of the science of productivity, and why, in today’s world, managing how you think—rather than what you think—can transform your life.

Episode 87: Unleashing the Power of Productivity with Charles Duhigg